Food Sovereignty in times of recovery: Building back better through mainstreaming social justice and leveraging on ecological agriculture in Africa

by Charlie B. Chilufya, S.J. 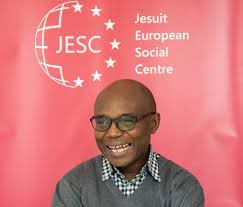 Fr. Charlie B. Chilufya is the Director of the Justice and Ecology Office of the Jesuit Conference of Africa and Madagascar (JCAM). He is also the coordinator of the Africa Task Force of the Vatican Covid-19 Commission. The JCAM Justice and Ecology Office works to foster and coordinate the Jesuits’ work in economic, social, migration, gender and climate justice in Africa. JEO is a vital Jesuit interface between global policies in the economic, social and environmental spheres and local issues confronting populations in Africa. JEO also works to foster collaboration among apostolic sectors in what concerns justice and ecology.

The COVID-19 health crisis has exacerbated the urgency to change the dominant globalized food system and in 2021 there have been opportunities, like the UN Food Systems Summit, for this issue to rise up in the public agenda. Today, enough food is being produced to feed everyone on the planet, yet, a huge number of people do not have access to healthy or adequate food. The dominant market-driven food system is not ensuring food security for all and the COVID-19 pandemic has revealed and strained this broken system even further, revealing its inequalities. The poor and the vulnerable are being disproportionately impacted by the food chain shocks provoked by the global crisis, which hampers their ability to fully thrive, realize their human rights and contribute to a new horizon for humanity. The food crisis has many facets, but at its core are structural inequities and the necessity to reimagine and create new models that leave no one behind.

What is the Issue?

Food justice is a pressing issue regardless of the current COVID-19 pandemic circumstances. But food justice, sustainable food recovery, and food security remain one of the top concerns as we fight COVID-19. Cracks in the food systems have never been more obvious than now.

It is more and more recognized that climate change is one of the major economic, environmental and social challenges of our times, now exacerbated by COVID-19. Africa is clearly the continent most vulnerable to climate change effects. With around 70% of Africa’s population dependent on rain-fed farming, hundreds of millions of people do not have the same safety net accorded to those in wealthier, industrialized nations. Climate change also affects livestock and fish breeding and migratory patterns (OECD) impacting the livelihoods of millions of pastoralists and fishers.

It is acknowledged that climate change poses huge challenges to food production, the environment and human life. Africa suffers the injustice of being the continent hardest hit by climate change, while contributing the least to its cause –accounting for less than 4% of the world’s annual greenhouse gas (GHG) emissions. With increasing evidence that climate change impacts food security and other aspects of human life, there is a need for clarity on how to address such impacts.  Many of the proposed solutions increase pressure on small-scale food producers to take up new initiatives such as Climate Smart Agriculture, using hybrid and GMO seed, and increasing the use of chemical inputs.

These are false solutions which act largely to the detriment of food sovereignty, environmental conservation and livelihoods, and are ultimately likely to worsen the impact of climate change by further degrading the soil, destroying biodiversity and using chemical fertilizers, generating even more greenhouse gas emissions.

What could be done instead?

What are we faith-based organisations doing about this?

The Jesuit Justice and Ecology Network – Africa (JENA) in collaboration with Caritas Africa, is supporting Pope Francis’ call to “prepare the future.”   JENA and Caritas are aiming at seizing the opportunity to address food insecurity today, to listen and answer to the needs of the most vulnerable and raise awareness on how bringing about a sustainable food system for all requires an integral ecology lens, where economic, social and environmental factors and justice are all considered.

Our efforts will seek to answer the following questions:

Through our centres like the Kasisi Agricultural Centre (KATC) in Zambia and CERED in Kinshasa in the Democratic Republic of Congo, we champion African Farming/Production Systems based on agroecological and indigenous approaches that sustain food sovereignty and the livelihoods of communities. We resist the corporate industrialization of African agriculture which will result in massive land grabs, destruction of indigenous biodiversity and ecosystems, displacement of indigenous peoples especially the pastoral communities and hunter gatherers and the destruction of their livelihoods and cultures.

We believe in African driven solutions to problems in Africa and a belief in the richness of our diversity. We aim to be a strong voice that shapes policy on the continent in the area of community rights, family farming, promotion of traditional knowledge and knowledge systems, the environment and natural resource management.

Why campaign for agroecology?

We are campaigning to place agroecology as a key policy response to the climate crisis that is negatively impacting the economic, social, and ecological life of Africans.

We are campaigning to drive public opinion and influence decision-makers to shift agriculture and food policy away from destructive industrial farming and adopt agroecological farming as a key climate response, reducing GHG emissions and putting carbon back in the ground.

The change begins with development partners and governments collaboratively seeing the situation, judging it and acting now to enhance the farm to fork food chain in an effort to build more resilient food systems in Africa.