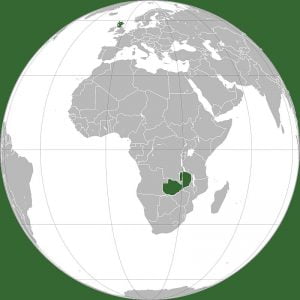 Scotland and Zambia have strong historic links. The Scottish missionary and explorer David Livingstone charted the Victoria Falls in the south of today’s Zambia and in 1873, while attempting to map the rivers flowing into and out of the Bangweulu wetlands, he contracted dysentery and died at age 60 in the village of Chief Chitambo. He was so loved by the people there that they buried his heart before sending his body back to Britain.

Today, Scots continue that warm relationship, but all is not well in that beautiful sub-Saharan country. On Thursday, 12 August 2021, general elections will be held in Zambia. Conventional and social media have made claims of violence and corruption as election campaigns get underway.

Pax Christi Scotland invites you to read this open letter from Dickson Mutale, a 20-year-old first-time voter from Lusaka, who expresses worries that the peace of his country is threatened.

Zambia is said to be a Christian nation and a peaceful country, but as we are heading towards the presidential elections that are to be held this year in August, a number of corrupt activities seem to be taking place.

The two main political parties that are in a very high competition are the Patriotic Front (PF), led by the current President Edgar Lungu, and the United Party for National Development (UPND), led by Hakainde Hichilema.

People obviously have different views and ideas about the parties, and this has resulted in fights in which massive injuries have been sustained and even reaching the extent of rivals killing one another.

As the youths of Zambia, we are living in fear and feel we cannot speak our views or ideas about the election. We can’t support the political party of our choice because we are afraid of being beaten or even of getting killed.  So we are forced to stay indoors away from the conflicts.

As youths, we are mostly targeted because we are lacking knowledge about voters’ rights, making us easy victims for bribes. Although some youths do know their rights, our views are not heard and at times if it is noticed that we are supporting a particular party, representatives are sent to attack us.

This makes us ask ourselves what has our country become, for it is changing. We have seen reports of shocking incidents during this period of elections, such as gassing and killings. Our voices are not heard and those who are in power are deciding for us. Whether those decisions are good or bad, we have to accept them for fear of starting up conflicts.

We are told that the political parties target mostly places where there are people who are lacking certain needs or are poor and that they bribe the people with foodstuff, giving them money with the intention of capturing their voters’ cards. During the registration of the voters’ cards, it’s claimed that sometimes people are made to register twice in two different places with the intention of rigging the election.

All parties are, of course, making promises that if their party is voted to power they will meet the wants of the people, such as building schools, hospitals and improving the transport system by constructing roads. But we are hearing that they seek votes through violence and bribes.

Zambia is said to be a peaceful country, but I am afraid for our future based on what I see in the run-up to our elections. So I am asking if Pax Christi Scotland, can you raise this for us with the United Nations or the African Union to help us to get back to the nonviolent society we were when I was a child.

Yours in peace and the spirit of David Livingstone